Our media page will appear here throughout 2018

Bee in the City

Wild in Art and Manchester City Council brought Manchester together this summer for Bee in the City, one of the most spectacular public art events the city has ever seen.

Thousands of people discovered more than 230 Bees all over Manchester, taking in the city’s landmarks and undiscovered gems. Each of the 101 super-sized Bees was designed by a different artist and celebrated the unique buzz of Manchester, from its industrial heritage to its vibrant music scene. 131 little Bees joined the trail, created by the children and young people of our city.

The featured bee-low shows the work of Russell Scott Primary School Denton as they celibrated the towns hatting past. The bee was on display at the People's History Museum
Left Bank
Spinningfields,
Manchester M3 3ER 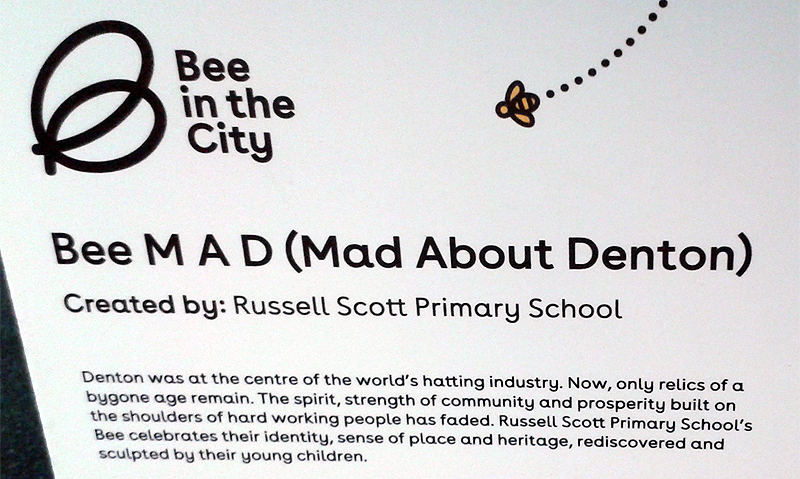 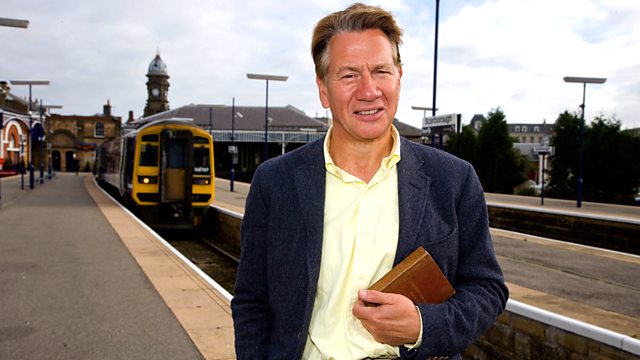 Michael Portillo takes to the tracks with a copy of George Bradshaw's Victorian Railway Guidebook. In a series of four epic journeys, Portillo travels the length and breadth of the country to see how the railways changed us, and what of Bradshaw's Britain remains.

While travelling coast to coast from Liverpool to Scarborough, Michael visits Manchester to find out more about George Bradshaw himself. He also gets fitted for a trilby in Denton and learns how the railways helped to create a national institution - fish and chips. {text from BBC.co.uk and video linked from Michaelportillo.co.uk